It wasn’t one SWPP Nouveau Award… It was two!!! 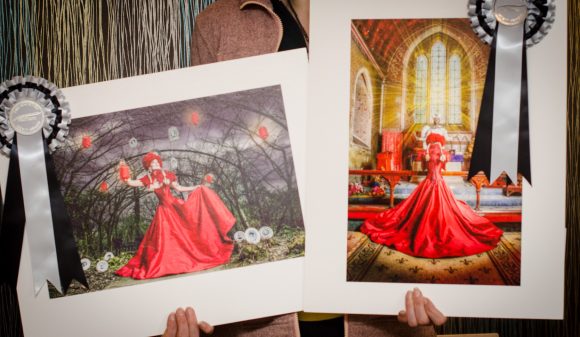 It wasn’t one SWPP Nouveau Award… It was two!!!

Following my amazing weekend at the SWPP (Society of Weddings & Portrait Photographers) Convention in January, where I was blown away to receive an Award for an image from my Final Degree project ‘The Red Treds’, it came as a very special surprise when I received my entires back in the post.

I discovered that TWO images had been awarded but as there wasn’t enough space to hang them all at the convention, it was only images that scored 82 and above that got to sit with the best of the rest of em!

My first image from The Red Treds series of Sophie walking through the grapevine (on left) scored 83 whilst my Red Treds church window shot (right) scored 81!

All my other entries were a couple of marks off qualifying… so so close! However I am absolutely over the moon doing gravitational somersaults over this result, as I have actually received some Professional recognition for my work and the calibre of the 20×16 print competition is FIERCE…

…It means the world to me to be exhibited amongst some of the worlds very best Portrait Photographers.. I’m having to pinch myself for real! A truly great start to the year following my Graduation Ceremony in November, which gives me a rocket up the arse for good measure, as I take aim and head for the stars!

Hey Dad! I’m an AWARD WINNING PHOTOGRAPHER! Hope you’re proud? ! (you are too blame for this you do realise don’t you?) … ‘The Red Treds’ (A Modern Dark Photo-Fairytale) is an ‘Urban Surrealist’ adaptation,

on ‘The Red Shoes’ story, a quintessential European folktale by Hans Christian Andersen, published in 1845.

The Red Treds… because twisted Fairytales are rarely predictable…