Happy Samhain from Shotgun on All Hallows Eve…. 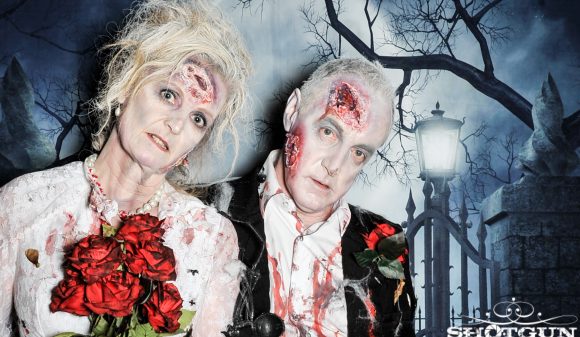 Happy Samhain from Shotgun on All Hallows Eve….

So here we are celebrating Samhain, All Hallows Eve or Halloween, the night when all the souls of the underworld come out to play…

& play they did in the Shotgun Booth at the weekend with back to back Halloween events all over Brighton!

We started off at the Dinki Disco … a rocking Halloween party for kids with music, dancing, face painting you name it ! Then we flew over to the Grand (on broomsticks naturally!) for a Halloween Charity Ball in aid of The Martlets …

Yes the Young, the old, the twisted, the straight, the bent, the sober, the wasted, the raucous … yes they came, they appeared (it was no illusion) & we captured them in the very guise and character they set out to be… bottling the essence that is this dark spiritual festival… (its just some were better at role playing than others!) but nonetheless we did the job by pulling another themed Shotgun Booth out the bag and setting both parties off with a bang!

Just take a look at these pics.. but before that here are a few facts for you:

Samhain was the Celtic “day of the dead” festival, held on November 1. Samhain dates back over 2,000 years ago and was actually the new year for the Celts. It signified the beginning of a new season and the time to start harvesting. It was also associated it with death and new beginnings like the Mexican day of the dead festival and just like the Mexicans the celebrations lasted for much longer than just one day. The Celts started celebrating the holiday the night before, as they believed ghosts were returning to the earth and celebrations included bonfires dressing up alomg with making sacrifices to their gods.

It was the famous Scottish poet Robert Burns who popularized the term “Halloween” with his 1785 poem of the same name. According to history “Halloween” began being used in Scotland during the 17th century, as a shortening of “Allhallow-even,” since it was used in a song in 1724. The song was mentioned in a 1783 book. Therefore, Burns didn’t create the term, but he helped bring it to wide use.

So there you have it, some useful historical facts to throw around at your next Samhain or Hallow’s eve party… heck why don’t you ask us to come along too cos’ ain’t nothing like a Shotgun …. yep you get the picture – pun intended naturally.